Caesars Head State Park is a park in northern Greenville County, SC.  The eponymous rock formation, the highest point in Greenville County, is a granitic gneiss outcrop at 3208 feet above sea level on the Blue Ridge Escarpment of the Blue Ridge Mountains and rests roughly 2000 feet above the Piedmont below.
And now for Molly's pictures... my cell phone sure wasn't doing a very good job with the distance and haze. 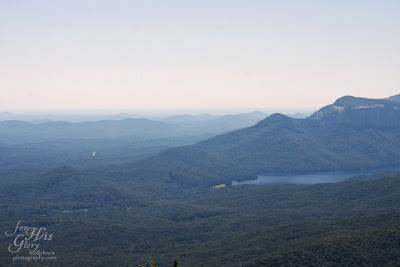 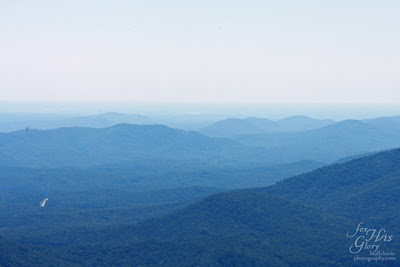 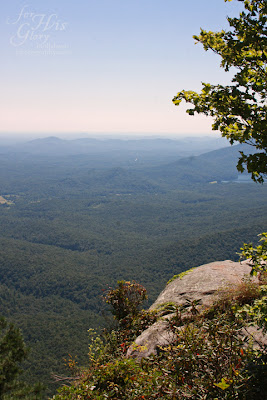 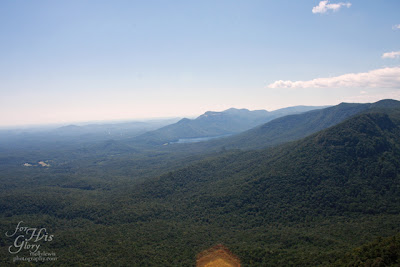 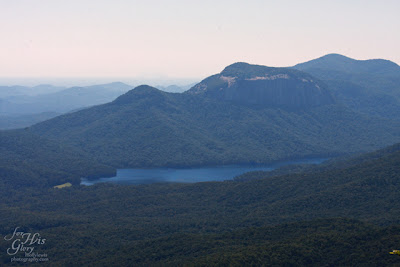 Posted by Dana Lewis at 8:22 AM No comments:

There are a few places in the world that still stand apart from the ordinary. Rising more than a mile high, surrounded by the gentle mist of low-hanging clouds, Mount Mitchell State Park is one of these extraordinary places.
In the crest of the timeworn Black Mountains lies the summit of Mount Mitchell, at an elevation 6,684 feet it is the highest point east of the Mississippi. For those who ascend this mighty peak, what looms in the horizon is a feast for the eyes--breathtaking views of the Blue Ridge Mountains, rolling ridges and fertile valleys. Forested and forever misty, 1,946-acre Mount Mitchell State Park will provide you with some of the most tranquil moments you'll ever experience. Mount Mitchell State Park Website

It was such a nice trip, we are really enjoying exploring our little corner of the world here!
Posted by Dana Lewis at 9:11 AM No comments:

These photos were taken through my Orion SkyQuest XT6 Dobsonian 6 inch telescope.  They were taken using the camera on a Samsung Droid cell phone. [click on each pic to enlarge]
The top and bottom pictures were taken at a 48x magnification.  The middle pic is at 96x magnification.  Amazing, isn't it?  The moon is over 250,000 miles away, I love being able to see such detail.  I tried to take pictures of the moon with a standard camera but it never worked quite right.  The cell phone camera has a smaller aperture and it worked great.  ~Caleb


"The heavens declare the glory of God
and the firmament shows his handiwork..." Ps 19:1
Posted by Dana Lewis at 9:00 AM 1 comment: