Wow! And we thought Joseph was big...

BARNAUL, Russia - A Siberian woman who gave birth to her 12th child — doing more than her fair share to stem Russia’s population decline — was stunned to find that little Nadia weighed in at a massive 17 pounds, 1 ounce.

Nadia was delivered by Caesarean section in the local maternity hospital in the Altai region on September 17, joining eight sisters and three brothers, a local reporter said.

“We were all simply in shock,” said Nadia’s mother, Tatyana Barabanova, 43. “What did the father say? He couldn’t say a thing — he just stood there blinking.”

“I ate everything, we don’t have the money for special foods so I just ate potatoes, noodles and tomatoes,” she told the reporter, adding that all her previous babies had weighed more than 11 pounds.

The average weight for most healthy newborn babies is around 7 pounds, 6 ounces, according to World Health Organization figures. 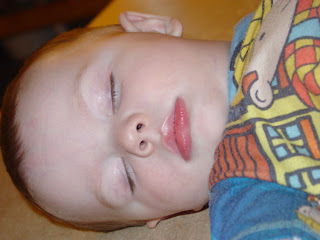 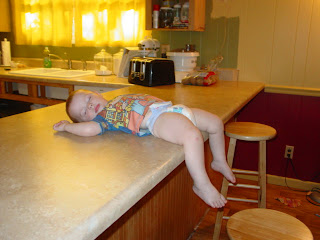 hahahahahahaha!!!!!!!!!! Sam was working in the kitchen and Molly was sitting at the bar holding Joseph while talking to Sam. She said Joseph was really sleepy and kept pushing away from her so she laid him back on the counter and He Fell Asleep!!! We have had children (Luke) that have fallen asleep in really wierd places but Joseph is our first kitchen counter napper! I promise we didn't leave him there. Molly snapped the pics and then laid him in the bed ;-)

So, what are they doing?

I'll give you a day or two to ponder...
What are MaryVance, Elijah and Isaac doing? 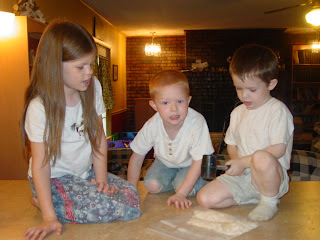 Joseph was being my helper at lunch. I just had to snap these pictures because he reminded me of my brother when he was a little tot. Little Jack always had to have a Tool to carry around. Sometimes he toted around a big pipe wrench. If he didn't have a tool available (ie Daddy was at work) he would tote a brick around!!
"So... when are you fixing lunch Mama? I'm hungry!" 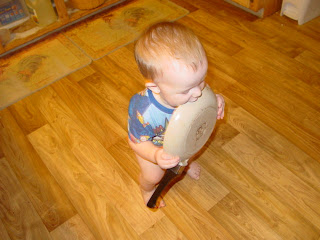 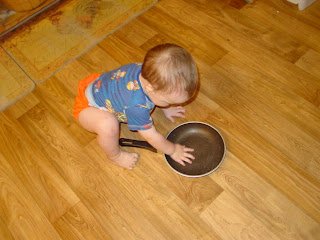 When you say "Joseph 'smile' or 'Joseph look at me' "this is the cheezy grin he gives you!!! He's such a ham! 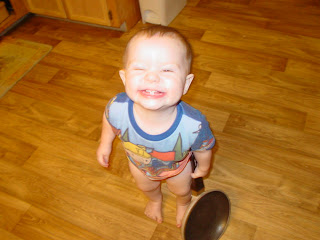 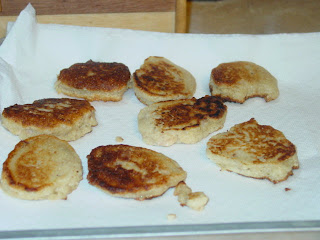 My sweet Mama doesn't like to cook much but growing up she made tuna patties a lot. Yummm.... dipped in ketchup! I think this is the only thing she eats with ketchup! I made these for lunch today and thought about you Mama. I know you didn't like cooking but you always made sure our tummies were full and I want to tell you how much I appreciate that. I love you Mama. :-)
Posted by Dana Lewis at 2:08 PM No comments: 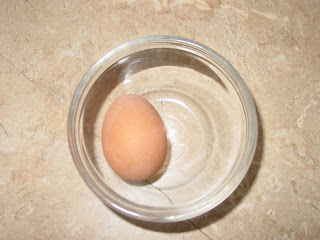 You can see pics of Caleb's chickens on his webpage. http://www.tonyanddanalewis.com/calebschickens.html
Caleb found this egg Saturday morning! We are so excited to have chickens and eggs!!!
Posted by Dana Lewis at 2:05 PM No comments: