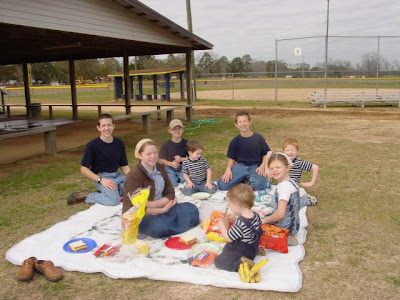 I just have to say...I love living in Florida! It was in the low 70s today. I love it. I wasn't built for cold weather... 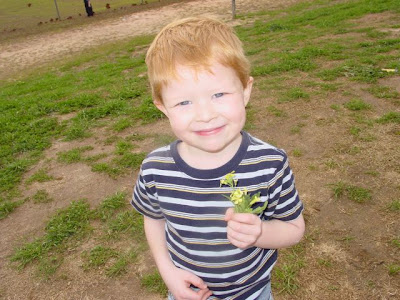 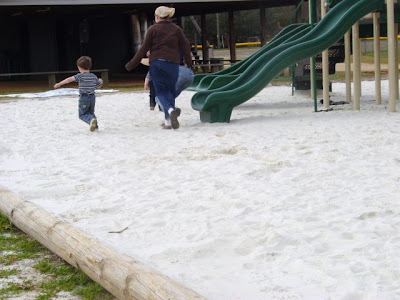 Molly and Ike had a footrace in the SAND... Yes, they have re-done our favorite park and now it is in SAND. Brandy, Stop Laughing!!! 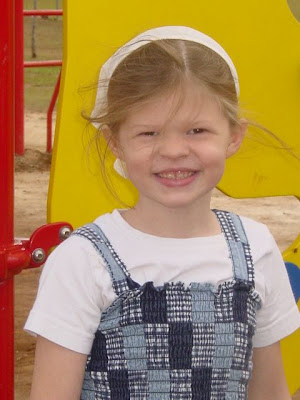 See how windy it was? Very windy... 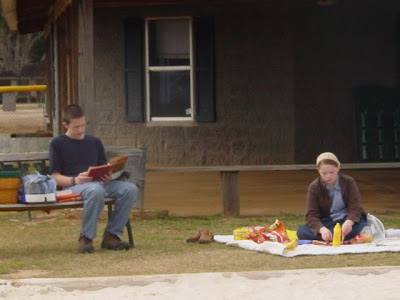 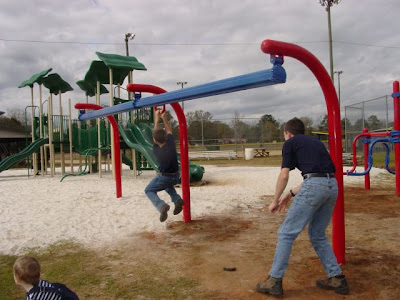 ooohhh... the zip line... much more fun with your big brother pushes you so hard you so flying off the other end and land in SAND... 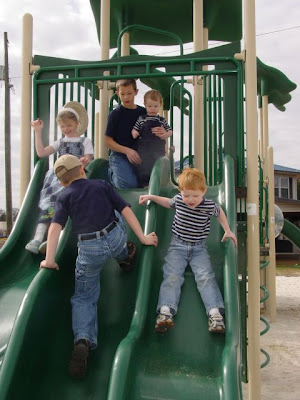 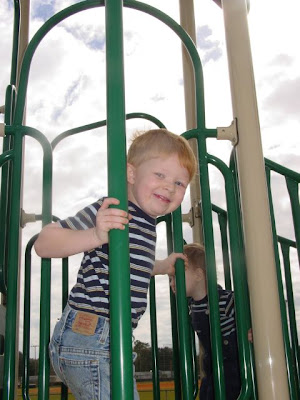 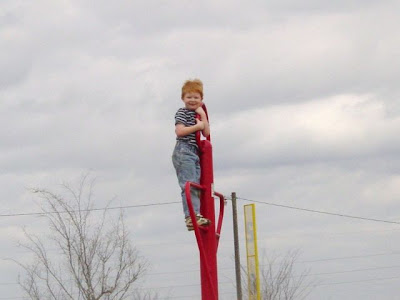 Look Nana! See how high I am. Next time you come you can climb up here with me :) 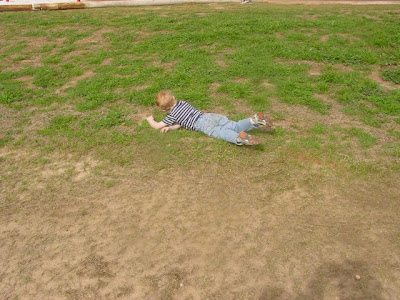 And, Yes, they were both yelling 'as you wiiiiiish' as they rolled down the hill! LOL 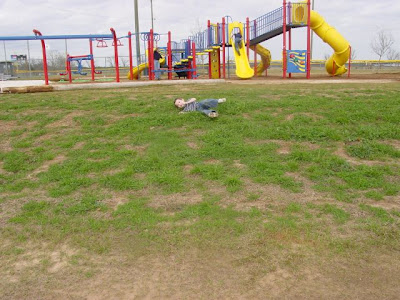 And a great time was had by all...

Our "Running Away" Day in pictures

Okay, so we headed down the road toward Ocheessee Landing (there's a park there but when we got there I discovered the park is in SAND... and you know how I feel about SAND so we just kept going down the road).
We drove down to the actual landing (boat landing area) and walked up and down the ... 'shoreline'... river side? What would that be? The children found lots of rocks and shells and assorted unidentifiable metal bits. Great fun, no?
And we talked to two men there and the told the children stories of the Great Floods of 93 and 94 (or was it 92 and 93?) and showed them a catfish and what catfish filets look like. Oh and they pointed out a Live Oak that is reportedly over 400 years old and is the oldest Live Oak in Florida. Of course I had the camera the van and forgot to take any pics of part one of our adventure.

Then we headed the other way down Ocheessee Landing Road and drove over to Ocheessee Pond. I did take pics there... so here ya go! 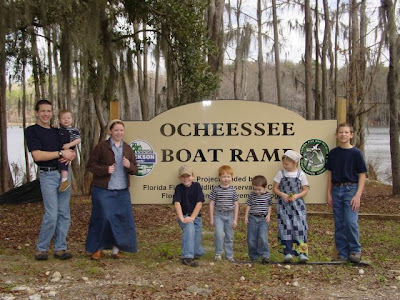 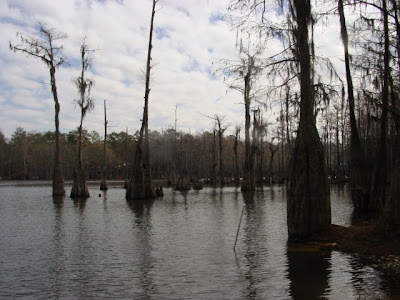 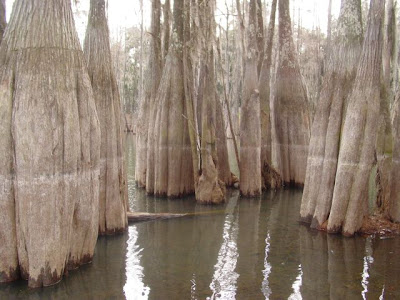 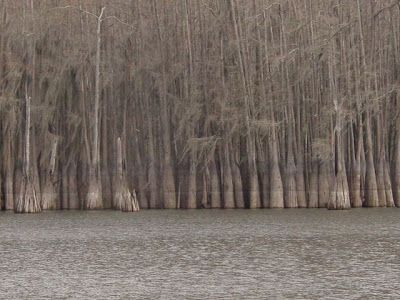 And I took some photos of the children too. It's a very scenic area... even if it is a boat dock ;) 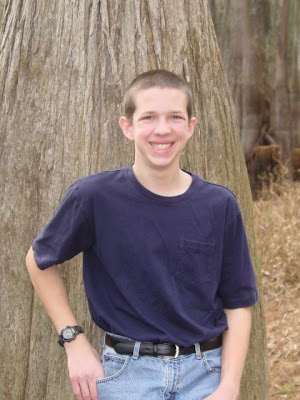 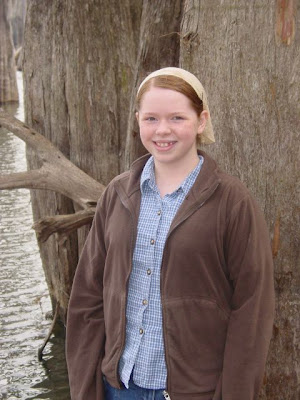 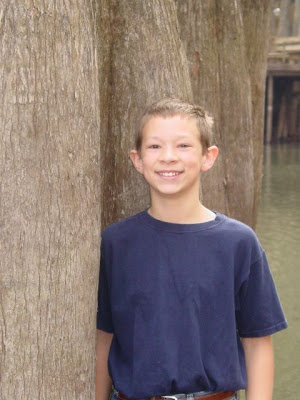 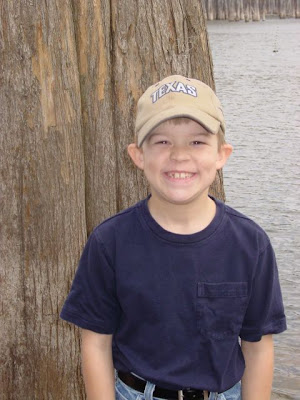 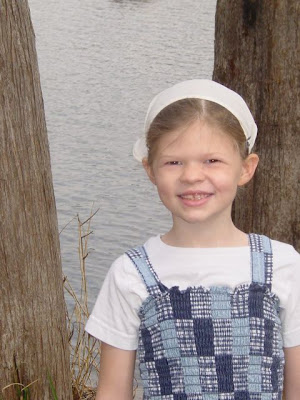 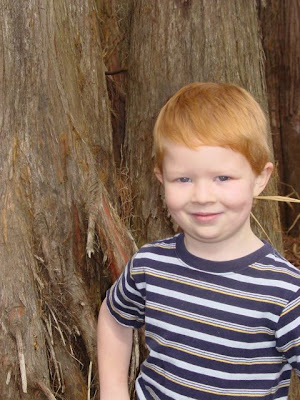 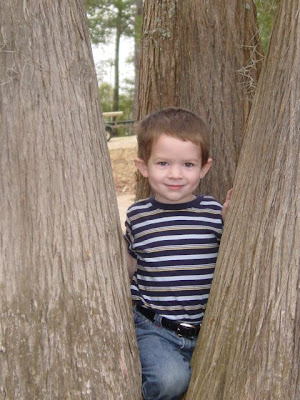 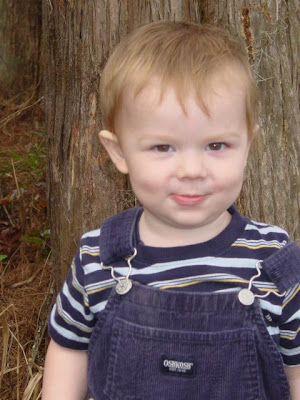 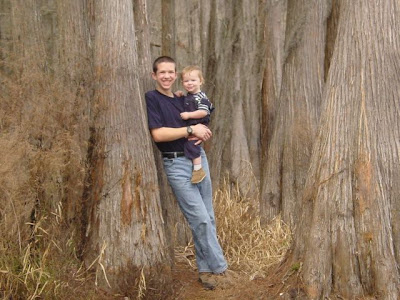 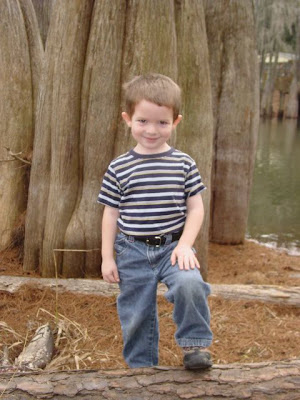 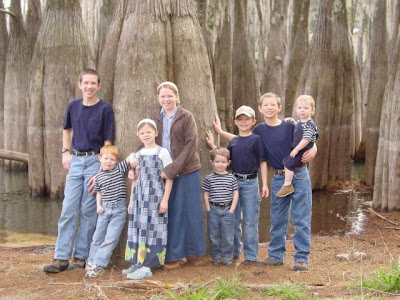 Then we drove back to our house to check on The Smell. It was almost gone but not quite so Molly and I packed a picnic and we headed to the park in Sneads. I remembered that I had told my new friend Traci (she lives in Sneads) that the next time we went to the park I would call her. She, bless her heart, is always up for spontaneous fun so she gathered up her crew and met us there. She and I had so much fun gabbing that I forgot to take any pics of our children playing together. I did take some pics of our children before she got there and I'll put them in the next post :)
Posted by Dana Lewis at 4:41 PM No comments:

Whew... it stinks in my house this morning...
Sam was baking eggshells last night and when they were done he just left them in the oven to cool. Caleb, of course, didn't know that and preheated the oven to 450 this morning. Everyone was walking around trying to figure out what stinks so bad... BINGO.
Gross. Ugh. Yuck. and Nasty! Burned eggs stink SO Bad! ---
Tried opening the windows but it's 46 here... too chilly and it just blew the stink everywhere. Any ideas how we can un-stink our house? HELP!

The stench is just awful.

I don't know where we are going.

We are just leaving.

Turned the heat off.

Turned on the ceiling fans.

Surely...SURELY when we come home it won't stink in here. Surely. Right? Right?!

I think we are going to ride around.

Go get a Coke.

When it warms up we may go to the park.