was yesterday. He's doing great! Our Ped said "Whatever you are doing... keep doing it!"

Nehemiah’s birth story really began several days before his birth. As is typical for me, I began having prelabor contractions off and on starting on Wednesday. By Sunday they had changed to prodromal labor and continued until early afternoon. True labor contractions began around 2:30 pm Sunday . They started at 20 minutes apart and continued to get closer together, stronger and longer. My midwives (Layla and Diana) arrived around 9:30 pm.

At this time the contractions were strong and regular but not really painful. I felt kind of silly for calling them so soon but Isaac and Joseph’s births were both very quick and I didn’t want them to be on the way when Nehemiah was born. It felt kind of odd having them here just hanging around… but I’m glad they were here for the birth.

He’s such a doll and we are enjoying him so much! He has a serious headfull of hair! We’ve never had a baby with so much hair! It’s 1.5 inches long all over his head.

The Lord answered all of my prayers… I had prayed for a peaceful, uneventful (in the “emergency medical” sense) birth. Thank you Lord for a safe birth and a gorgeous little one to raise for You!!
Posted by Dana Lewis at 8:30 AM 2 comments: 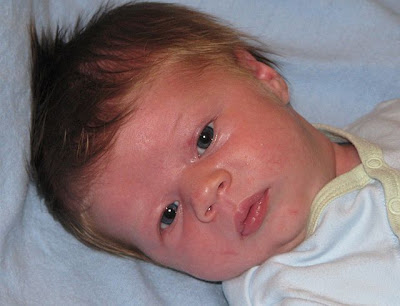 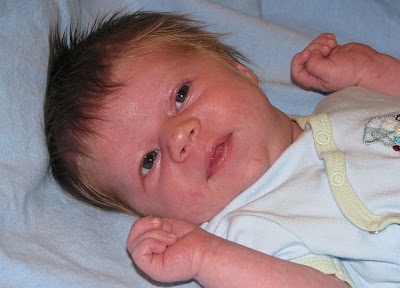 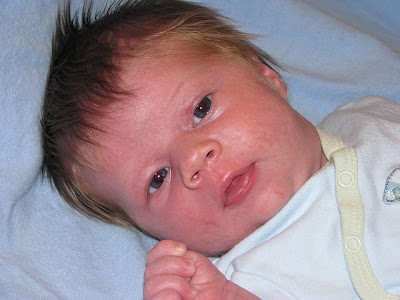 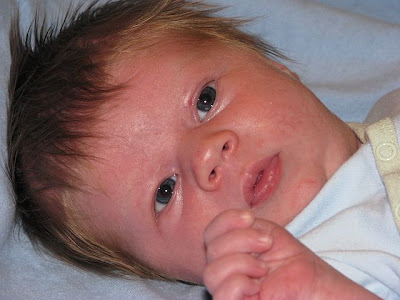 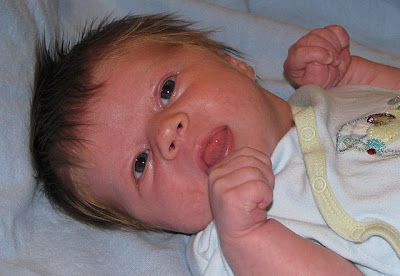 Isn't he just the most precious little fella?! aahhh......