I declared today our First Official Field Trip Friday!  We have lived here several months and there is just so much to explore... I decided today is the day to start!
Our first stop was Campbell's Covered Bridge.  "Constructed in 1909 Campbell’s Covered Bridge is the only remaining covered bridge in the State of South Carolina. The 38 foot long, 12 foot wide pine structure that spans Beaverdam Creek was built by Charles Irwin Willis. Locals believe that the bridge was named for Lafayette Campbell, who at the time of the bridge’s construction owned 194 acres in the immediate area. The bridge and surrounding acreage is presently owned by the Greenville County Recreation District and has been transformed into a passive park where visitors can picnic, explore the foundations of the old grist mill and home site, wet their feet on a hot summer day in Beaverdam Creek, and learn about the area through interpretive signage."
So my friend, Laurie, told us about this place.  She said there was a creek the children could play in so we were prepared.  Or not.  LOL.  I thought 'Crocs and roll up their jeans and they can wade'... tsk tsk... I know better!  They had so much fun and it's just water, right?  ;) 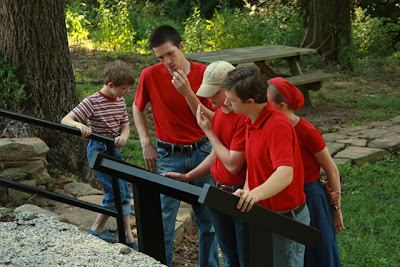 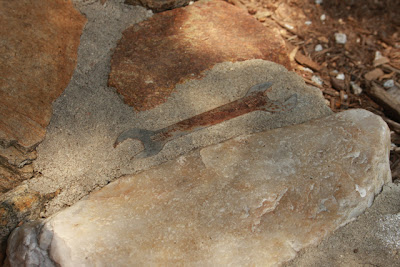 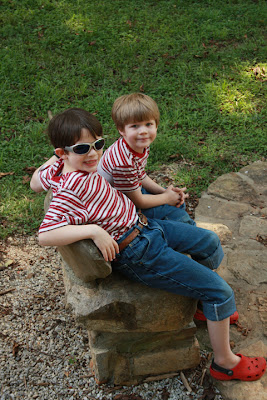 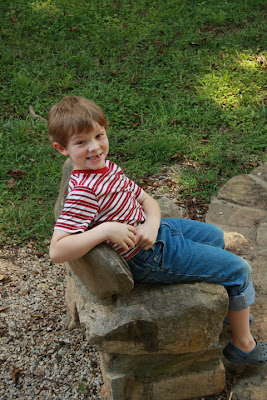 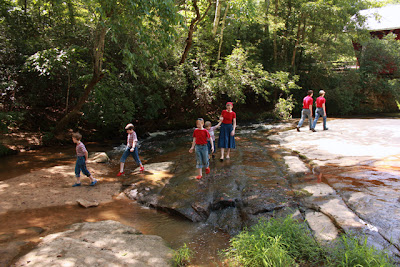 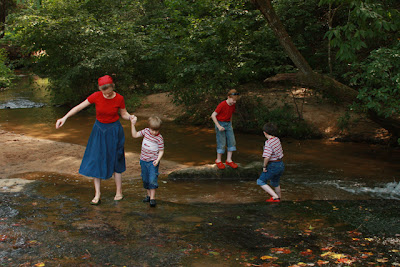 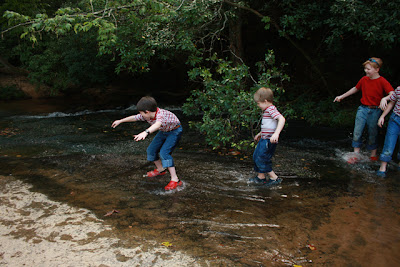 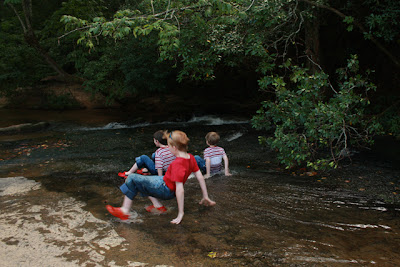 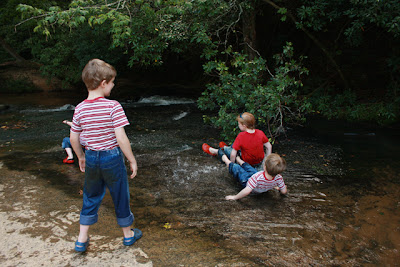 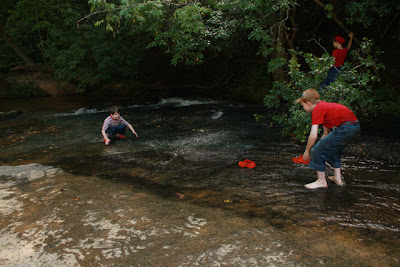 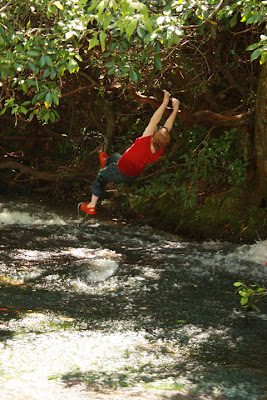 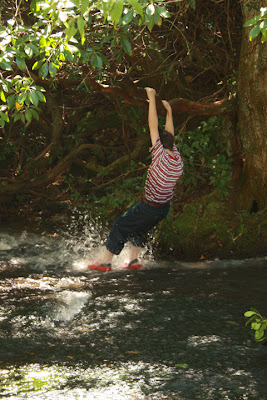 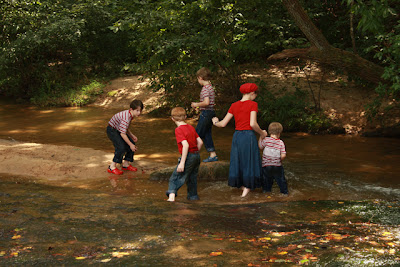 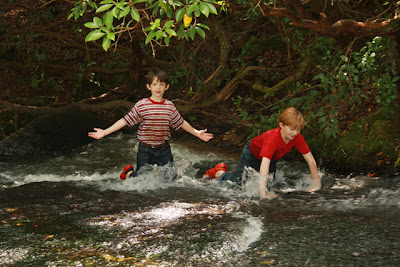 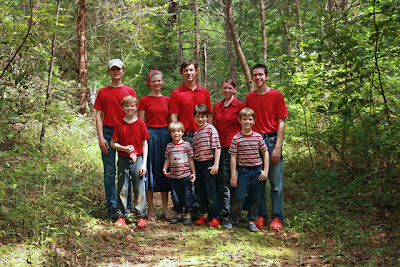 As we were pulling out of the parking area we saw a sign for Poinsett Bridge, 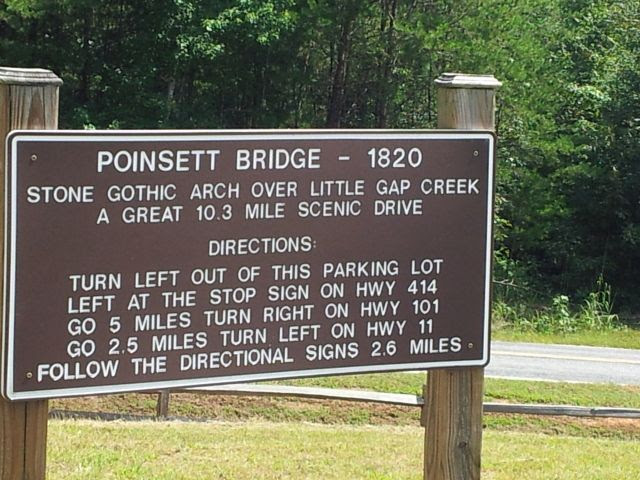 and, of course, being on an Adventure we decided to go there too!  This is a gorgeous area and we can't wait to go back when the leaves are changing.  The boys mostly skipped rocks... since they were kinda dry from the other creek I wanted them to stay dry.  LOL
"Poinsett Bridge is part of the 120 acre Poinsett Bridge Heritage Preserve and owned by the State of South Carolina. The Recreation District manages the preserve along with SCDNR. . Constructed in 1820, it is believed to be the oldest surviving bridge in the state. Named after Joel Poinsett, a prominent early resident of Greenville and a U.S. ambassador to Mexico, the bridge was part of the State Road that connected Charleston and Columbia with the North Carolina mountain communities into Tennessee. It is a 14 foot Gothic arch stone structure and stretches 130 feet over Little Gap Creek. Historians believe that is was designed by Robert Mills, architect of the Washington Monument" 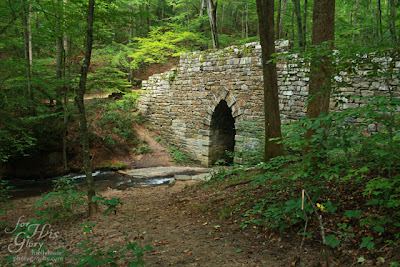 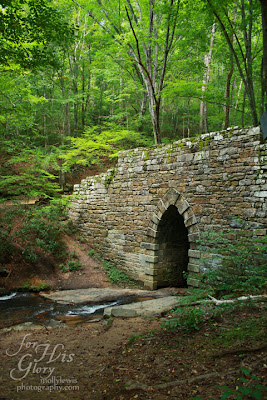 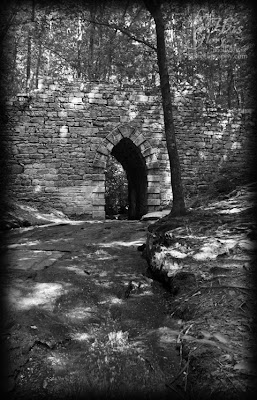 All photography courtesy of the lovely and talented Molly Lewis.